For The First Time Ever, Tiruvannamalai Handicrafts Introduces Sri Ramana Maharshi Handicraft Statues To The World

Tiruvannamalai Handicrafts,has introduced Sri Ramana Maharshi Handicraft Statues for the first time ever. The online sale of the handicraft statues began on December 9th 2021 on its E-Commerce website http://www.tiruvannamalaihandicrafts.com. This news was greeted with great joy among thousands of devotees in India and Internationally. 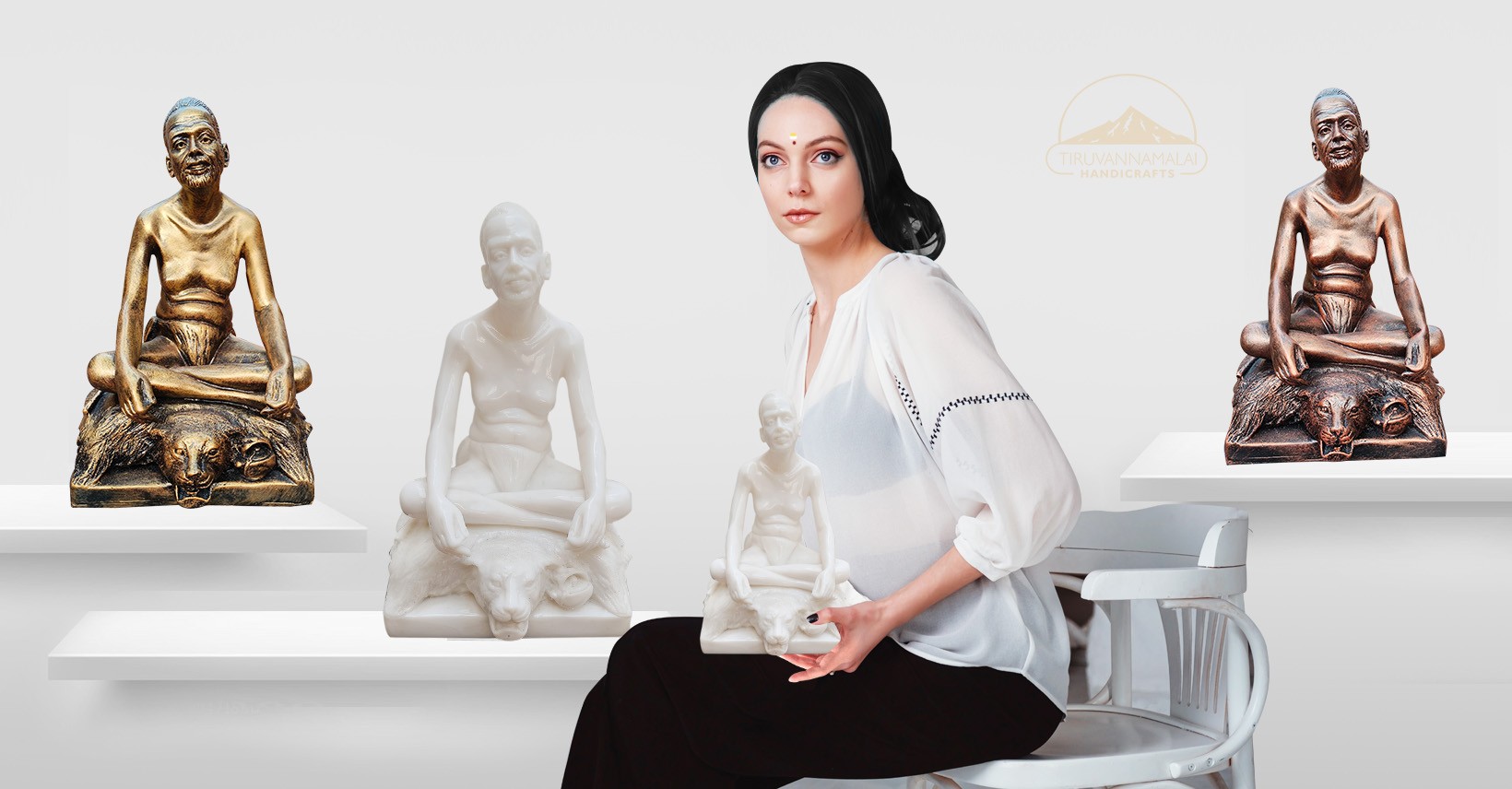 The CEO of Tiruvannamalai handicrafts, Mr Raj  terms the start of the sale of Ramana Maharshi’s statues as a sign to an end of the health challenges in the world. “I am sure it will bring prosperity to all the devotees of Sri Ramana Mahrashi and to the world at large” he says. He further explains about the birth and objectives of the handicraft project. “The noble idea took roots over the past few years, with many Indian and International artists expressing their interest to create spiritual art and crafts based on Ramana Maharshi and Arunachala Hill” he adds. The requests from the general public and devotees from far corners of the world to create crafts on Sri Ramana Maharshi were overwhelming and gained momentum over the years. Moreover, surprisingly there has never been any art or craft based on Sri Ramana Maharshi or Arunachala Hill on a global scale, though there were millions of ardent devotees all over world.

Hence, heading to everyone’s wishes, we decided to bring spiritual inspiration in the form to arts and crafts.  Tiruvannamalai handicrafts began the work of creating handicraft statues of Ramana Maharshi in 2019 and as a first step, we employed both Indian and international sculptors and artists to create the handicrafts.In the next few months the sculptors began working on the statue and it took many months of hard work and devotion to create a handmade statue that exactly resembled Sri Ramana Maharshi  in every way. We wanted to breathe life into every single statue. After innumerous changes, rectifications and modifications, finally the blessings of the Bhagavan and Arunachala was bestowed on us and our sculptors successfully created the final model that resembled Sri Ramana Mahrashi and it was approved by our team.

However, the pandemic had affected the world and its economy in 2020 and we had to postpone the work. It was a challenging time for us all, but we were patient, hopeful and positive. Now after two years, the world economy reopens and we are ready to begin our sale. The objective of our handicrafts is threefold – One is to inspire spirituality using art and crafts as a medium. Secondly, we intent to bring revenue into the hands of the artists and sculptors who are ardent devotees of Arunachala and Ramana Maharshi. The Third objective is to spread the message and blessings of Arunachala and Ramana Maharshi to the world using art and craft as an Instrument.

The worldwide online sale began on 9th December 2021 on www.Tiruvannamalaihandicrafts.com .This collection is a very limited edition.